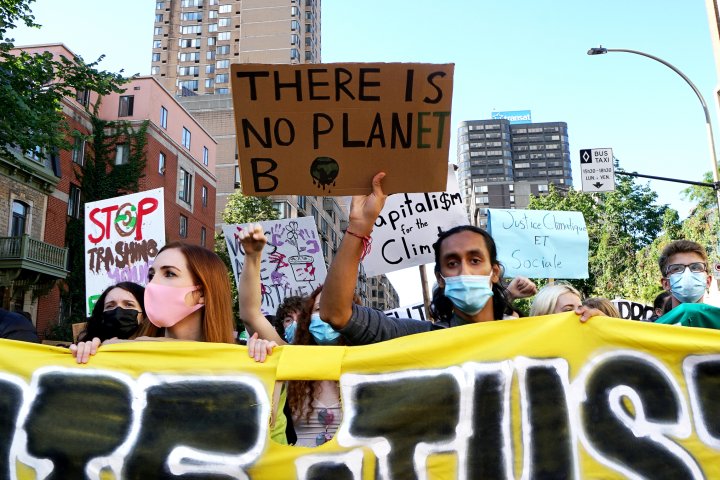 China says it aims to reach peak emissions of carbon dioxide _ which is produced mainly through burning coal, oil and natural gas for transportation, electric power and manufacturing _ “before 2030.” The country is aiming for “carbon neutrality” _ no net emissions of CO2 _ before 2060.“It’s not surprising, but it is disappointing that there wasn’t anything new” in terms of goals, said Joanna Lewis, an expert in China, climate and energy at Georgetown University. Story continues below advertisement

Lewis said the document released today “gave more detail about China will meet those goals,” however, by measures including increasing its wind and solar power capacity, as well as carbon-absorbing forest cover.

2:26
Ahead of COP26, thousands march for climate action in Brussels

Climate experts say key questions about China’s future carbon emissions remain unanswered.“The document gives no answers on the major open questions about the country’s emissions,” said Lauri Myllyvirta, lead analyst at the Centre for Research on Energy and Clean Air in Helsinki. “At what level will emissions peak and how fast should they fall after the peak?”Nations participating in the UN climate conference, known as the 26th Conference of Parties, or COP26, submit what are called “nationally determined contributions” that lay out emissions reduction plans.It’s still possible that China may have additional announcements at the climate summit related to financing for renewable energy overseas, said Lewis.

Pour one out for Delta, the SARS-CoV-2 variant

How To Create A Successful Product That Your Customers Will Love

What is the secret to creating a successful product? Many people ask themselves about what they