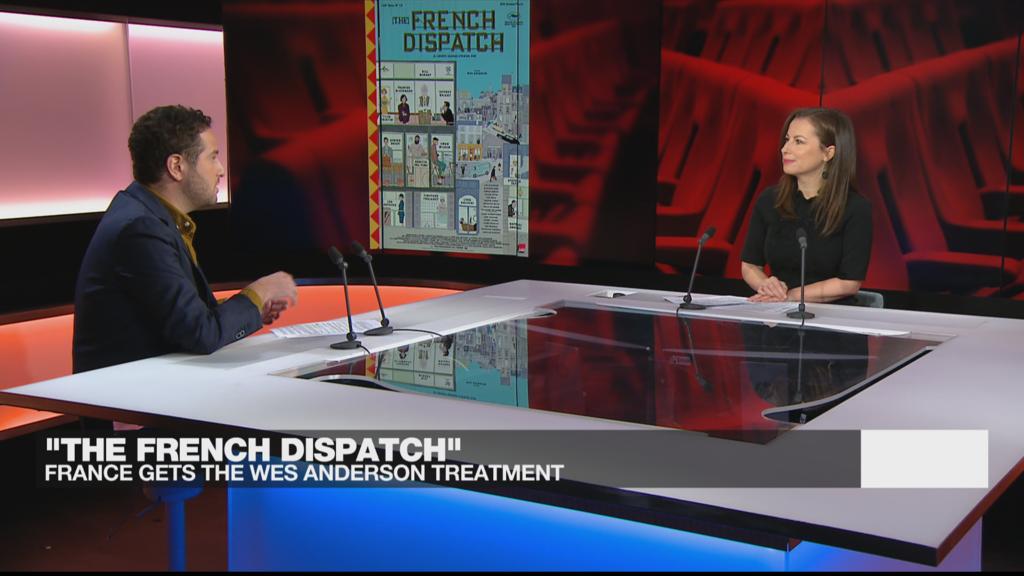 We take a trip to Ennui-sur-Blasé for the American director’s latest star-studded adventure, as film critic Ben Croll tells us why “The French Dispatch” is the most Wes Anderson of Wes Anderson films. With an ensemble cast including Léa Seydoux, Timothée Chalamet, Tilda Swinton and Bill Murray, we discuss how the in-jokes and publishing references combine to make a movie that is easy to admire but difficult to adore.

Meanwhile, French film “The Divide” paints a tragicomic portrait of a society at breaking point, as echoed by the breakdown of a relationship embodied by actors Valeria Bruni Tedeschi and Marina Foïs. We hear from its director Catherine Corsini on the pressures faced by French hospitals, and why she has tried to veer away from a didactic approach.We also discuss filmmaker Edgar Wright’s exploration of genre as his fantasy-horror-thriller “Last Night in Soho” hits screens.Finally, veteran director and producer Phillip Noyce is celebrated at the Cinémathèque Française in Paris.

Photos Of Holocaust Survivors Show How They Live Now

Photos Of Holocaust Survivors Show How They Live Now

How To Create A Successful Product That Your Customers Will Love

What is the secret to creating a successful product? Many people ask themselves about what they