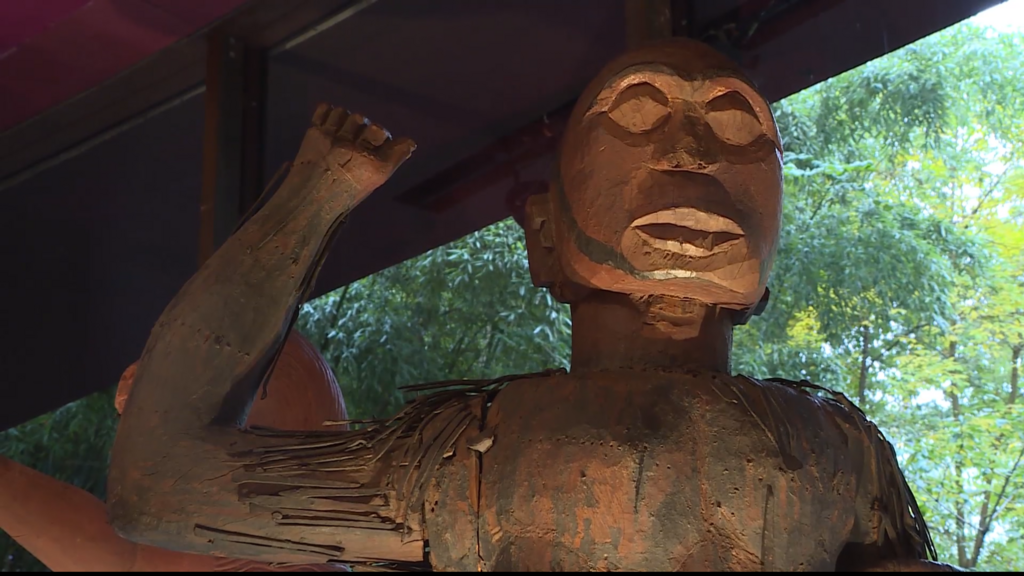 Statues, thrones, and ceremonial hatchets are among the 26 artefacts on display at the Quai Branly museum in Paris. The week-long exhibition offers visitors the chance to see the treasures looted from the Kingdom of Dahomey before they return to Benin after 130 years in France. We learn more about the political pressure and cultural policies that brought about this historic restitution.

Meanwhile, Vivian Maier’s mid-century imagery is in the spotlight at the Musée du Luxembourg, as the work of the “secret photographer” emerges from the darkroom after her death.Cartoon icon Goldorak is revisited at the Japanese Cultural Centre in Paris, as the robotic hero gets a comic strip makeover by five French artists.And denim is the star textile at the Cité des Sciences in Paris, with an exploration of the fabric’s production, applications and cultural status.