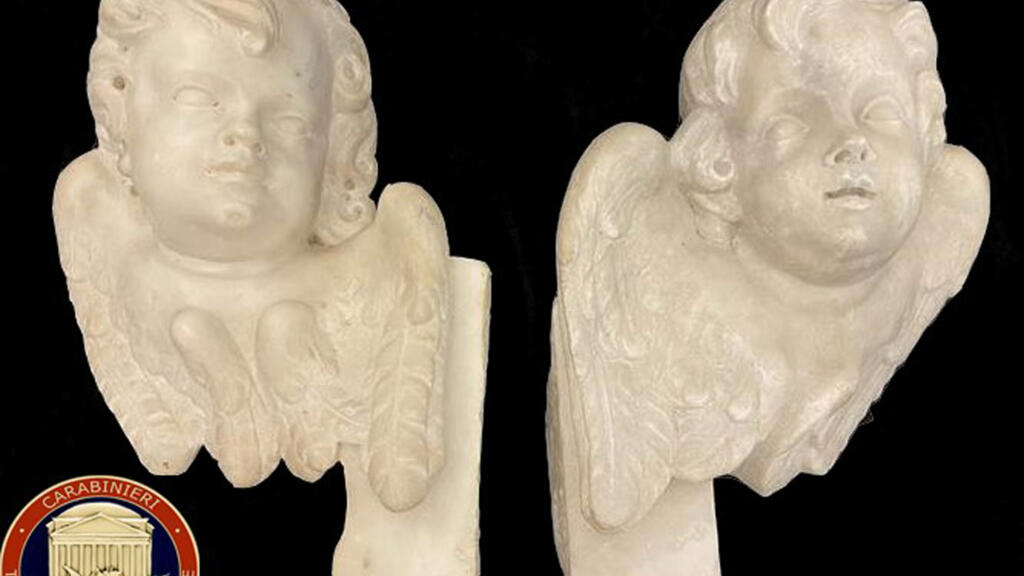 A British art collector who bought a pair of 17th-century marble angels from a Neapolitan antiques shop two decades ago has returned the winged “putti” to Italy’s art police after learning that they had been stolen from a church.

Italy’s carabinieri art police said the unnamed collector had tried to resell the angels at an antiques shop in Avignon, France, before his planned move from France to Portugal when French art police flagged them as possible stolen goods.Italy’s art police said Tuesday that the angels, decorated with strategically placed vine of leaves and fruit, had been stolen from the St. Sebastian church in Guardia Sanframondi, northeast of Naples, on Dec. 13, 1989. Police said the collector was ignorant of the angels’ origin and offered to return them without any legal fight.They were formally handed over Tuesday to Italy at a ceremony at the French Embassy.

Two marble statues of angels are seen in this undated image. A British art collector who bought the 17th century marble angels from an antiques shop has returned them to Italy’s art police. © Carabinieri for the Protection of Cultural Heritage, via AP

In a statement, the carabinieri noted that churches in the area had been subjected to numerous thefts after the 1980 Irpinia earthquake leveled huge swaths of southern Italy.The police noted that another set of angels, similarly reported as stolen in the carabineri’s database, was recently returned to another Guardia Sanframondi church after they were located in a Milan antiques shop and recognized by the church pastor.(AP)

Lillian Schwartz, Pioneer of Tech Art, Gets a Museum Archive