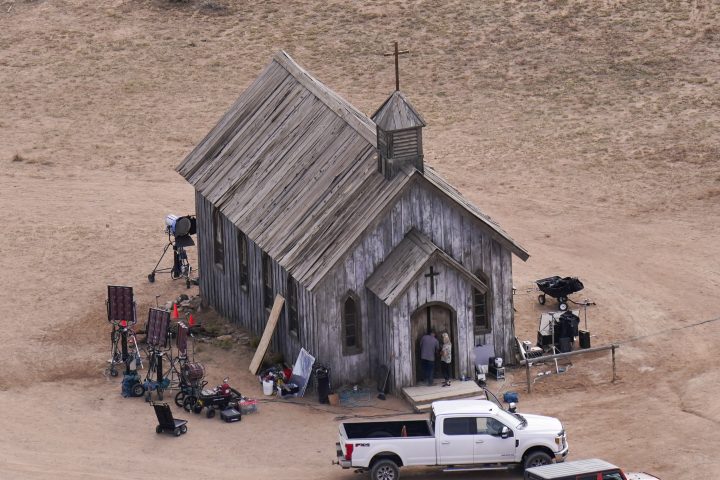 The assistant director who handed Alec Baldwin the gun that killed a cinematographer says he hopes the tragedy prompts the film industry to “reevaluate its values and practices” to ensure no one is harmed again.
David Halls released a statement to the New York Post, breaking his silence following the Oct. 21 fatal shooting of Halyna Hutchins and the wounding of director Joel Souza during production of the Western “Rust” in New Mexico.
Read more:
Assistant director who gave Alec Baldwin gun had past safety concerns

Halls said Hutchins was a friend and one of the most talented people he has worked with.“I’m shocked and saddened by her death,” he said in the statement. “It’s my hope that this tragedy prompts the industry to reevaluate its values and practices to ensure no one is harmed through the creative process again.” Story continues below advertisement

Halls didn’t provide any details of what he thinks might be reformed or how changes might have helped avoid what happened on the set of “Rust.”

Concerns have been raised about Halls’ safety record by colleagues on two previous productions. Halls has not returned phone calls and email messages seeking comment, and his attorney did not immediately return messages left Monday by The Associated Press.Court records have provided details about the death of Hutchins on the set of “Rust” near Santa Fe. Authorities have said that Halls handed the weapon to Baldwin and announced “cold gun,” indicating that the weapon was safe to use.
Read more:
Mystery remains: Why were live rounds on Alec Baldwin movie set where shooting occurred?

Santa Fe County Sheriff Adan Mendoza said last week there was “some complacency” in how weapons were handled on the set. Investigators found around 500 rounds of ammunition _ a mix of blanks, dummy rounds and suspected live rounds _ even though the set’s firearms specialist, armorer Hannah Gutierrez Reed, said real ammo should never have been present. Story continues below advertisement

Gutierrez Reed said through her attorneys that she didn’t know where the live rounds came from and blamed producers for unsafe working conditions.Souza told detectives that Baldwin was rehearsing a scene in which he drew a revolver from his holster and pointed it toward the camera, which Hutchins and Souza were behind. Souza said the scene did not call for the use of live rounds.The investigation is ongoing, and authorities have said much work needs to be done before getting to a point where charges could be considered.Hollywood professionals have been baffled by the circumstances of the movie-set shooting. It already has led to other production crews stepping up safety measures.

Pour one out for Delta, the SARS-CoV-2 variant