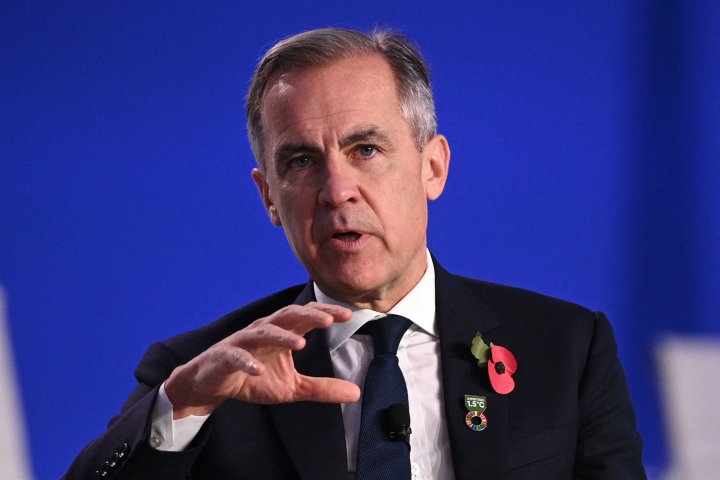 With national leaders gone from the U.N. climate conference in Scotland, attention turned on Wednesday to the state treasuries and the businesses and financiers responsible for carrying out the pledges to cut emissions and build infrastructure.
A main aim of the COP26 talks is to secure enough national promises to cut greenhouse gas emissions – mostly from burning ubiquitous fossil fuels – to avert the worst climate disasters by keeping the rise in the global temperature to 1.5 degrees Celsius.
Read more:
Pandemic recovery could be opportunity for greener health-care system, advocates say

But how exactly to meet those pledges, particularly in the developing world — is still being worked out. Above all, it will need a lot of money.Among the most vexing questions are who should pay and how the funds can be channeled through the financial system quickly and effectively. A major goal will be to attract more private money. Story continues below advertisement

The issues are so important that organizers dedicated all of Wednesday for executives and public finance leaders to discuss them.The Glasgow Financial Alliance for Net Zero – an umbrella group that includes all the major Western banks as well as insurers and asset managers – announced that firms responsible for managing $130 trillion in capital, equivalent to 40 per cent of the world’s financial assets, had signed up to assuming a “fair share” of decarbonization.

U.N. climate envoy and former Bank of Canada governor Mark Carney, who pulled the alliance together, said it needed to find creative ways to channel private money purposefully into investment that advanced the U.N.-backed drive for ‘net zero’ greenhouse emissions by 2050.“The money is here – but that money needs net zero-aligned projects and (then) there’s a way to turn this into a very, very powerful virtuous circle – and that’s the challenge,” he told the summit. Story continues below advertisement

He said US$100 trillion of investment were estimated to be required over the next three decades.“We need blended finance facilities that don’t mobilize fractions of private capital for the public dollar but multiples … in double digits,” he added. “There are facilities that are being developed that can do this; we need to scale them dramatically.”However, the chances of mobilizing that kind of money are likely to decline if individual countries fail in Glasgow to collectively expand their emission reduction goals.
Read more:
COP26: Trudeau says world needs a ‘standard’ for pricing carbon. What might that look like?

U.S. climate envoy John Kerry told a meeting of world mayors the pledges made so far gave the world only a 60 per cent chance of capping warming at 1.5 Celsius. Story continues below advertisement

He said around 65 per cent of global GDP was now covered by implementable climate change plans. “That means 35 per cent isn’t. And we can’t do it without that 35%.”British finance minister Rishi Sunak gave UK companies until 2023 to set out their plans to shift to a low-carbon economy, complete with interim targets.The UK is committing 100 million pounds ($136 million) to making climate finance more accessible to developing countries and helping to increase the volume of “green bonds” to finance climate-friendly projects.(Additional reporting by William James, Elizabeth Piper, Mark John and Huw Jones; Editing by Katy Daigle and Kevin Liffey)

Democrats’ voting rights push in Congress is over. The fight for democracy isn’t.

Democrats’ voting rights push in Congress is over. The fight for democracy isn’t.

If you listen to some leading liberal voices,