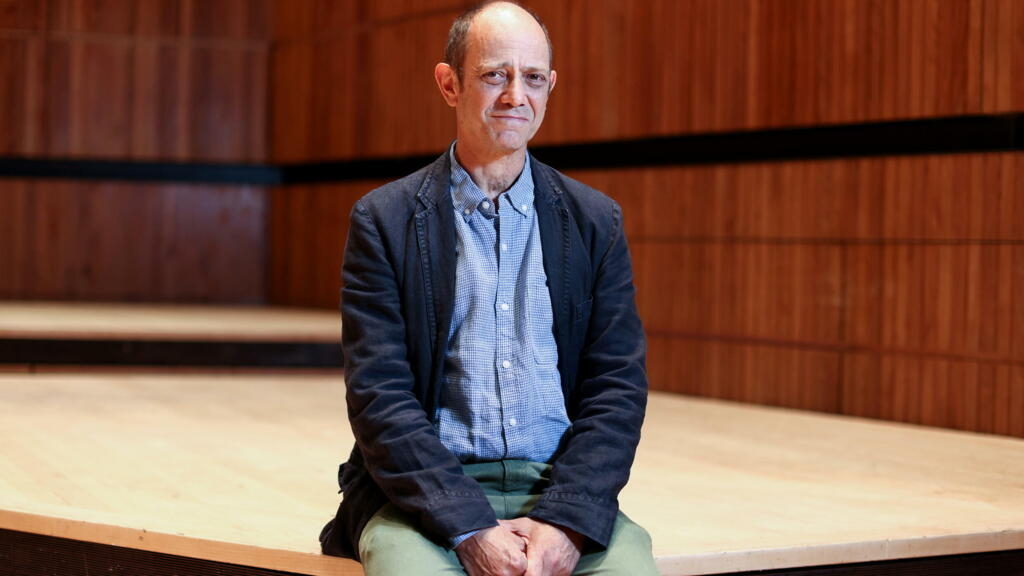 South African playwright and novelist Damon Galgut on Wednesday won the 2021 Booker Prize for “The Promise”, his third shortlisted novel which chronicles a family in his homeland from the late apartheid era through to Jacob Zuma’s presidency.

Spanning several decades, the book shows the family’s growing disintegration as the country emerges into democracy.“I am really profoundly, humbly grateful for this,” the 57-year-old said as he accepted the prestigious British award at a televised ceremony in London.“It’s taken a long while to get here and now that I have, I kind of feel that I shouldn’t be here,” added the author, who wrote his first novel aged 17.
“The Promise”, about a white family with a farm outside Pretoria—where Galgut grew up—was tipped to land the prize ahead of the announcement late Wednesday.The white South African writer has said he wanted the critically acclaimed novel to show how “the passing of time” impacts a family, a country, its politics and “notions of justice”—all while also exploring mortality.Speaking immediately after winning the Booker, Galgut paid homage to his home continent.“This has been a great year for African writing and I’d like to accept this on behalf of all the stories told and untold, the writers heard and unheard, from the remarkable continent that I’m part of,” he said.“Please keep listening to us. There’s a lot more to come.”Speaking to journalists a little later, he pointed out that this year’s winner of the Nobel Prize for Literature had gone to another African writer, Zanzibar-born novelist Abdulrazak Gurnah.That “would suggest that perhaps the volume is going up in Africa,” he said.Galgut’s win came just hours after the news that another African writer, 31-year-old Senegalese author Mohamed Mbougar Sarr, had won the Goncourt, France’s top literary prize.‘Originality’ Galgut triumphed from a competitive and diverse shortlist of authors also spanning Sri Lanka, Britain and the United States, whose novels covered topics and tales from female pilots to modern day social media.The prize, whose previous recipients include Salman Rushdie, Margaret Atwood and Hilary Mantel, is one of the leading literary awards for novels written in English.The winner receives a £50,000 ($68,000) prize as well as a career-changing boost in sales and public profile.Maya Jasanoff, chair of this year’s judges, lauded all the final contenders but singled out “The Promise” for its “incredible originality and fluidity of voice” and as a book “really dense with historical and metaphorical significance”.Critics have agreed. The New Yorker called it “remarkable”, while South Africa’s Sunday Times said “it’s astonishing how much history Galgut packs into this short novel”.20th-century history Other finalists included US writer Richard Powers, 64, whose novel “Bewilderment” is about an astrobiologist struggling to cope with his young son’s behavioural problems.Powers was shortlisted in 2018 and then landed the Pulitzer Prize for Fiction two years ago for his tree-themed book “The Overstory”.Another US writer, Patricia Lockwood, 39, was nominated for her debut novel, “No One Is Talking About This”, featuring a 30-something obsessed with social media who has to deal with a shocking medical diagnosis.Other books look back at 20th-century history.Sri Lankan writer Anuk Arudpragasam, 33, in his second novel, “A Passage North”, focuses on the traumatic legacy of the country’s almost three-decade civil war that ended in 2009.“The Fortune Men”, by British-Somali author Nadifa Mohamed, 40, is based on the true story of a Somali sailor wrongly convicted of murder in Cardiff’s multicultural port in the 1950s.“Great Circle”, by US novelist Maggie Shipstead, 38, tells the story of a fictional female pilot hoping to fly around the globe pole-to-pole, interwoven with first-person narrative from a Hollywood starlet playing her role.This year’s televised ceremony at the BBC’s Broadcasting House in London was attended by all the shortlisted authors, after Covid restrictions led to video appearances last year.Last year saw the most diverse shortlist in the prize’s five-decade history, while judges in 2019 tore up the rule book by awarding it jointly to Canada’s Atwood and Anglo-Nigerian author Bernardine Evaristo.(AFP)

The internet has seen contests for musicians over