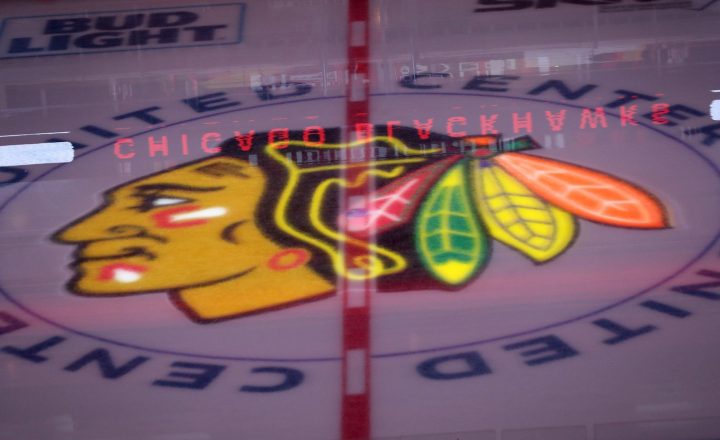 The NHL Players’ Association says it will commission an independent review of the union’s response to sexual assault allegations made by Chicago Blackhawks draft pick Kyle Beach against a former assistant coach.
The NHLPA announced the decision Thursday night after its 32-member board voted in favour of a resolution following executive director Don Fehr’s recommendation on a call earlier this week.A third-party report commissioned by the Blackhawks released Oct. 26 detailed how senior leaders within the organization largely ignored Beach’s accusation that he had been assaulted by Brad Aldrich in May 2010 for a three-week period before the club won its first Stanley Cup since 1961.The report, which came in response to lawsuits by Beach and a former high school student Aldrich was convicted of assaulting in Michigan after leaving the Blackhawks, also revealed Fehr was contacted twice about allegations connected to Chicago’s former video coach, including by a Beach confidant. Story continues below advertisement

Fehr told investigators he couldn’t recall either conversation, but didn’t deny they occurred.“Kyle Beach has been through a horrific experience and has shown true courage in telling his story,” Fehr said in a statement following the release of the report. “There is no doubt that the system failed to support him in his time of need, and we are part of that system.”Beach told TSN last week he reported “every single detail to an individual at the NHLPA.”“I believe two different people talked to Don Fehr,” Beach said in that interview. “And for him to turn his back on the players when his one job is to protect the players at all costs, I don’t know how that can be your leader.“I don’t know how he can be in charge.”Fehr responded to Beach’s interview claims in his Oct. 27 statement.

“Mr. Beach stated that several months after the incident he told someone at the NHLPA the details of what happened to him,” Fehr wrote. “He is referring to one of the program doctors with the NHL/NHLPA player assistance program. While this program is confidential between players and the doctors, the grave nature of this incident should have resulted in further action on our part. Story continues below advertisement

“The fact that it did not was a serious failure. I am truly sorry, and I am committed to making changes to ensure it does not happen again.”The report has shaken the hockey world, and players across the NHL want answers about what transpired from a union perspective.“It is unacceptable,” Vancouver Canucks captain and player rep Bo Horvat said earlier this week. “It’s (the NHLPA’s) job to protect us and protect the players. They’re working for us.“(We want) make sure that we do the right things from here on out and players’ voices are heard, and make sure this doesn’t happen again. It’s unfortunate, and it’s awful what happened.”
Read more:
‘If I could do it again, I would’: Duncan Keith regrets sitting out Blackhawks investigation

Whether or not Fehr, 73, can survive as head of the NHLPA remains to be seen.Asked by reporters Wednesday if his faith in the union has been shaken, Toronto Maple Leafs winger Wayne Simmonds responded: “Quite frankly, yeah, it has.”“I was in the league back then when that happened,” he added. “It just rips my heart out to see what Kyle Beach has gone through in that he’s had to sit with that pain and that anguish for the last 11 years _ not being able to speak his mind, speak his truth.” Story continues below advertisement

Fehr is the latest big name put under the microscope for failing to act on the allegations.Blackhawks general manager Stan Bowman, top executive Al MacIsaac and Florida Panthers coach Joel Quenneville, who was behind Chicago’s bench at the time, all resigned last week.

Winnipeg Jets GM Kevin Cheveldayoff _ Bowman’s assistant and Chicago’s senior director of hockey operations from 2009 to 2011 _ was absolved of any wrongdoing by NHL commissioner Gary Bettman following a meeting last week.Bowman, MacIsaac, Quenneville, Cheveldayoff and then-Blackhawks president John McDonough were all placed at the meeting to discuss Beach’s allegations on May 23, 2010. The report said nothing was done until McDonough contacted the team’s director of human resources on June 14 _ a delay that violated the organization’s sexual harassment policy. Story continues below advertisement

Having served as the executive director of the Major League Baseball Players Association from 1983 to 2009, Fehr joined the NHLPA as an adviser in the summer of 2010 after Aldrich resigned from the Blackhawks rather than face an internal investigation.Fehr took over as NHLPA executive director in December 2010, bringing stability to an organization that had gone through four different leaders since the end of the 2004-05 lockout.
Read more:
Bettman says Kyle Beach claims left him ‘distressed,’ stands by $2M Blackhawks fine

When the NHL locked out its players for the third time in two decades in September 2012, Fehr became the first union head involved in work stoppages in two different major sports. He led the players during Major League Baseball’s 1994 strike, which resulted in the cancellation of the World Series.The NHL and NHLPA reached a 10-year agreement in time to salvage a 48-game season in 2012-13, but the players surrendered ground by agreeing to a 50/50 split of hockey-related revenue, down from their 57 per cent share in the previous collective bargaining agreement.The two sides ratified a CBA extension through 2025-26 in July 2020 just before the pandemic-interrupted season was set to resume in the hub cities of Toronto and Edmonton.The Blackhawks’ independent review of Beach’s allegations resulted in the team being fined US$2 million by the NHL for “the organization’s inadequate internal procedures and insufficient and untimely response.”

What is a quantum computer?

This article was previously published July 11, 2020, and has been updated with new information. In

Summit for Democracy Showed the Challenges to Democracy – The Diplomat