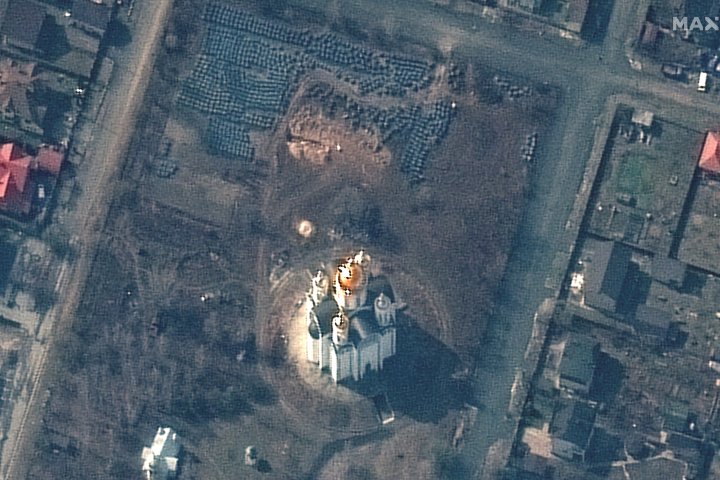 Satellite images of the Ukrainian town of Bucha show an approximately 45-foot-long trench dug into the grounds of a church where a mass grave has been identified, a private U.S. company said on Sunday.

Canada condemns Russia for ‘murder of civilians’ in Bucha, will hold regime accountable

The images, captured on March 31, followed previous imagery from March 10 that show signs of excavation on the grounds of the Church of St. Andrew and Pyervozvannoho All Saints, Maxar Technologies MAXR.N said.Reuters could not immediately verify the images.
12

A mass grave has been identified in the town of Bucha, Ukraine, northwest of the capital of Kyiv. Recent Maxar satellite imagery reveals that the first signs of excavation were seen on March 10th on the grounds of the Church of St. Andrew and Pyervozvannoho All Saints. More recent coverage on March 31st shows the grave site with an approximately 45-foot long trench in the southwestern section of the area near the church.